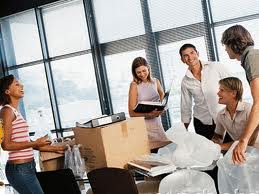 Public storage offers space-strapped customers a secure nest in which to store things they donâ€™t need right now but canâ€™t bring themselves to throw away. They invest in land most developers would shun and use tenancy contracts that would make other landlords shudder. Storage spaces have become hugely popular over the past few years especially with families merging and relocating and not wanting to get rid of their stuff. While REITS (Real Estate Investment Trusts) have suffered since the 2008 economic crisis, storage companies have seen their profits soar. Usually people only intend on putting their belongings in public storage for a short while but end up leaving it there for quite a bit longer than they originally expected and customers spend a great deal of money on storage so they can keep these things that they can live without.

One of the benefits of public storage is that it helps if you are limited on space and need somewhere safe to store your personal belongings for a short while. These facilities can provide either a short or long term answer to your storage needs. For example, if someone owns a company but is closing down for a short period in order to find other another location to work out of, one can just store their office equipment in the interim while looking for the new space at a fraction of the cost of what it would cost to keep the office going until you found new office space.

There has been tremendous growth in the public storage sector over the past few years and we expect this trend to continue in the foreseeable future because as long as people continue to move and change to find a better life for them and their families they will also need somewhere to safely store their personal belongings during these adjustment periods.

History of Self Storage in the United States

RVs and Storage
Scroll to top