Blog - Latest News
You are here: Home1 / Trends in Self Storage Industry 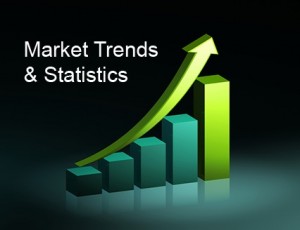 At Seaboard Self Storage we try to keep abreast of the current trends in self storage industry. In a recent US survey, a whopping 58.6 percent of survey-takers cited “Moving” as their reason for needing storage. Makes sense, as moving can get messy, and we can only fit so much of our lives in the back of a truck. So utilizing a self storage unit is just the right solution.

Brace yourself, if you’ve been living under a rock for the past several years, because I’ve got bad news: Our economy isn’t so great. The majority of us can’t afford to be too picky these days when it comes to jobs, so it’s becoming more common for people to end up relocating for work. We’re moving, so we need storage.

Another interesting factor to consider which relates too much of this moving and resulting self-storage demand can be traced to the younger generations’ tendency to move more often in our globalizing landscape. It’s no longer the cultural norm to stay in one place your whole life, and as a result, twenty- and thirty-somethings aren’t as tied down to their home towns as older generations have been. So while the twenty and thirty somethings are relocating, they are seeing the need to utiltize self storage so that they can travel light while they explore places that they will consider for their permanent residence. Many of us expect to have lived in several different places by the time we truly settle down which can also create the need to utilize storage units.

The national SSA is formally affiliated with 32 state and regional associations within the United States and another five international organizations representing another 12,000 self storage facilities situated in Europe, Asia, Australia, Canada, Latin America, South America and Japan. We are also working with the self storage industry in China.

According to the national SSA, the self storage industry in the United States generated more than $22 billion in annual U.S. revenues (2011). The industry has been the fastest growing segment of the commercial real estate industry over the last 35 years and has been considered by Wall Street analysts to be “recession resistant” based on its performance since the economic recession of September, 2008. The industry pays more than $3 billion each year in local and state property taxes.

Today there are several numbers of people such as business owners, individuals, private companies and government organizations have owned storage facilities. Before choosing the store units or facility there are many important points have to be kept in the mind. One of the most important things is the cost or rentals of the storage units. Check the rates of the storage space and how long one is wanted to store their belongings. The rates actually depends on the number days the belongings of the customer is store, security offered, type of the goods, size of the goods and many more. Today most of the Self Storage Reno facility or company provides various security features and services in order to provide protection for the belongings of the customers. Internet is loaded with lots of information about the best storage facility available in the city. We wish you success in finding the right storage place to suit your unique needs.

Safe, Simple, and Secure Self Storage for Everything
Scroll to top